Last Saturday Camden for Europe, the pro-Remain campaigning group, staged a street event outside Sainsbury’s in Camden Road, where shoppers were invited to complete a wall chart to gauge their views on how Brexit would affect the NHS, jobs and the economy. Lively discussions went on for most of the day,  further enlivened at one point by the surprise arrival of Alistair Campbell, still in jogging kit, who treated listeners to his views on matters such as Jeremy Corbyn and the different forms a referendum on the Brexit deal might take.

During the day the stall collected nearly 100 signatures for the people’s vote petition and well over 200 passers by used the Brexitometer chart to have their say on what the impact of Brexit might be. 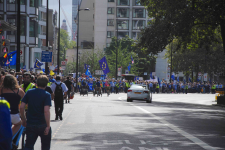 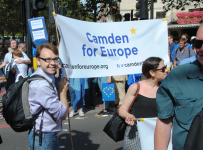 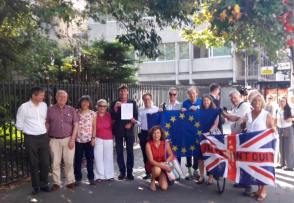